Our Board of Directors

Donna has vast experience in both the corporate world and has played major roles in helping non profits become successful. Donna began her career in New York City traveling nationally for major cosmetic firm, where she specialized in training and marketing. She then expanded her career into marketing and managing Tax Shelter Investments. Several years later, her entrepreneurial skill helped her to open her own recruiting business which specialized in Technical Programmers for the airline industry. Through this venture, Donna contracted work for major airline to set up a new department “Technical Careers” where she was responsible for writing the charter, establishing a one million dollar budget, hiring the staff, and through all those changes was able to save the company 1.6 million in first year alone. She then started the new, “Technical Marketing” department, packaged and marketed the airline reservation system for 10 million dollars, working with CEO’s of middle sized International Airlines. Donna has also served the communities in which she lived through various volunteer capacities. She was a Special Events Coordinator for local community fair that was host to approximately 20,000 people over a 3 day weekend. She has served as a Girl Scout Leader, President of Council of PTA, PTSA for Eight Schools.   Prior to becoming Executive Director of LOWA, she held a similar position as the Special Events Coordinator/ Fundraiser for Blue River Watershed Assoc. wherein she worked with business to sponsor efforts to clean up the Blue River.  Donna has also organized events for approx 10,000 students in the Kansas City area over a 5 year period for the Kansas City Clean Streams Program and Water Celebrations. Donna is proud to have owned a lake home for 28 years and looks forward to making a positive difference in the Lake Area. 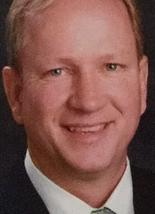 Warren Witt is a Director on the LOWA Board. Warren is the Director of Hydro Operations for Ameren Missouri, which includes responsibility for Bagnell Dam and the Osage Energy Center that creates the Lake of the Ozarks. Warren has been involved with LOWA since its inception and has the overall responsibility for the Lake based on the Federal Energy Regulatory Commission (FERC) license issued to Ameren Missouri for operation of the Osage Energy Center. This FERC license provides many environmental and water quality responsibilities to Ameren Missouri.In addition to professional responsibilities for water quality, Warren is also a homeowner at the 4 mile marker of the Lake so he and his family have personal interest in protecting the Lake’s water quality. Warren holds a Bachelor of Science Degree in Mechanical Engineering from the University of Illinois at Champaign-Urbana and a Masters in Engineering Management from the University of Missouri – Rolla. 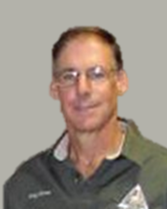 Greg Stoner was born on March 29, 1962 in Northridge, California, just outside of Los Angeles.  At the age of four, his family moved (thankfully, he says) to St. Charles, Missouri were he grew up hunting, fishing, and exploring the surrounding woods and creeks.  Greg graduated from Saint Louis University in 1984 with a bachelor’s degree in biology and from University of Missouri – Columbia in 1987 with a master’s degree in biology.  Greg has been employed with the Missouri Department of Conservation as a Fisheries Management Biologist since 1990 and has been stationed at Lake of the Ozarks since 1991.  Greg, his wife Sherri, his son Alex (now in college in Colorado), and daughter Katie live on the Niangua Arm of Lake of the Ozarks outside of Camdenton.  Greg enjoys hiking, photography, kayaking and is an avid “all species” angler – doesn’t matter what kind of fish is on the line as long as it pulls back!  Type your paragraph here. 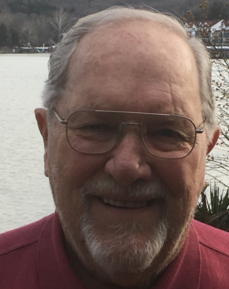 Dennis Reed has been interested in the Lake of the Ozarks since childhood – from early family camping trips at the State park to many years of weekend and vacation trips enjoying the lake activities.  Dennis and his wife have been homeowners at the Lake for 30 years and full-time residents the past 11 years.  He holds a Bachelor of Science degree in Finance and a Masters of Science degree in Business Administration from Southern Illinois University.  He was employed as Chief Financial Officer for two foundries in Milwaukee, Wisconsin for 30 years before retiring to the Lake.  Dennis has alwlays been interested in the environment and water quality maintenance.  He completed the Missouri Master Naturalist course in 2010 and continues to be an active member, volunteering at a variety of activities, maintaining annual certifications and has served as Fundraiser Chair and as Treasurer. 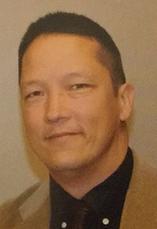 Tony Thorpe is a Director On the LOWA Board. Since 2001 Tony has been the Coordinator for the Lakes of Missouri Volunteer Program (LMVP) at the University Of Missouri in Columbia. LMVP is a statewide group of volunteers who regularly monitor water quality at over 1 00 Missouri lake sites. This program is explained further under the water quality element in this plan. Tony Thorpe is a Columbia, Missouri native who has been working with water quality at the University of Missouri since 1995. He received his Masters degree in Limnology from the University Of Missouri in 2004 by examining relationships between heterotrophic bacterial abundance, nutrients and algae at regional and global scales.

Growing up in northeast Missouri in the small town of Novinger, Joann completed high school with a class of 35 students!  She then graduated from Northeast Missouri State University (now Truman University) with a B.S. in Education.  Her first assignment as a business teacher was in Unionville, Missouri.  Following husband Jack—to whom she has been married for 53 years—and his employment opportunities, Joann then taught at State Fair Community College in Sedalia, Hallsville High School, and schools in San Antonio, Texas.  While living in Columbus, Ohio, she worked at retail positions and spent time helping to design and oversee the completion of their retirement home at the Lake of the Ozarks.  Upon retirement and moving to the Lake full time, she became a Master Gardener and belongs to the Ozark Prairie Master Gardeners in Versailles.  She also completed the Missouri Master Naturalist program and is a member of the Lake of the Ozarks Chapter in Camdenton.

Having a summer cabin at the Lake for 40+ years and now a permanent residence, her love of the Lake and conservation priorities led her to volunteering with LOWA as a trained volunteer evaluator, which she has been doing for several years.

Kathy brings to LOWA a longstanding love of the Lake of the Ozarks and a commitment to efforts for conservation of the natural resources of the area. She has lived at the Lake most of her life graduating from Versailles High School. She graduated from the University of Missouri with a BS in Elementary Education and taught for the Hazelwood School district. The Lake called her home and she returned with her young family to buy Hickory Grove Resort. Her family operated the resort for 10 years. After that she worked as a manager for several retail businesses in the Lake area. She has been an active volunteer in recent years. Kathy completed the Master Gardener and the Missouri Master Naturalist training programs and has stayed active in both organizations. As the LOWA LIL chair she has taken an active part in the implementation of the Healthy Lake Grant. She was involved in the very successful Beautiful Yards for a Healthy Lake of the Ozarks seminar. Kathy helped plan and organize the planting of the demonstration gardens at Willmore Lodge and Executive Woods. She worked with Caroline Toole to organize and implement the Trained Volunteer Evaluator program. Kathy is currently chairing a project involving LOWA, the Lake of the Ozarks chapter of the Missouri Master Naturalist program, and Ameren Missouri, in partnership with the Missouri Department of Resources division of State Parks. It is a marked kayak trail beginning at the kayak steps in Ha Ha Tonka State Park and connecting to the last seven miles of the Niangua River. The Big Niangua River Trail will highlight this lovely area and the rich history of the early river settlements. It will bring affordable low impact recreation to the Lake area and get people closer to nature. Kathy says, “The Lake has been a place of opportunity for my family and me. It has given us a quality of life not found in many other places. I feel that working toward a clean and healthy Lake of the Ozarks is the key to making sure that it continues to be a place of opportunity for future generations. “ 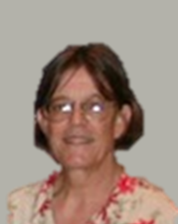 Caroline is a Project Manager for LOWA. Caroline authored both Watershed Management Plans and has managed all of the grants for LOWA. Caroline earned her BS in Geology in 1975 from the University of Maryland College Park, a Master’s in Education from William Woods University in 2004, and was certified as a K-12 Principal. As a high school and junior high science teacher and later a teacher of the gifted, Caroline wrote and was awarded several education grants to provide equipment and programs for her science students including the Christa McAuliffe Fellowship. As a master teacher, Caroline was awarded the SW Missouri State Teachers Association Teacher of the Year, as well as Missouri’s Department of Elementary and Secondary Education’s prestigious Eddy Award. Caroline started Stream Team 313 in 1993 and started monitoring the Lake of the Ozarks at mile marker 51 with the Lakes of Missouri Volunteer Progam in 2006. Married to Don Toole, a founding member of Missouri Caves and Karst Conservancy, together they raised two children. Caroline and Don are enjoying their garden and greenhouse in the watershed of the Lake at Climax Springs. After turning her sills and abilities towards Lake of the Ozarks and LOWA, Caroline has been instrumental in helping write an accepted watershed management plan and watershed management grants.