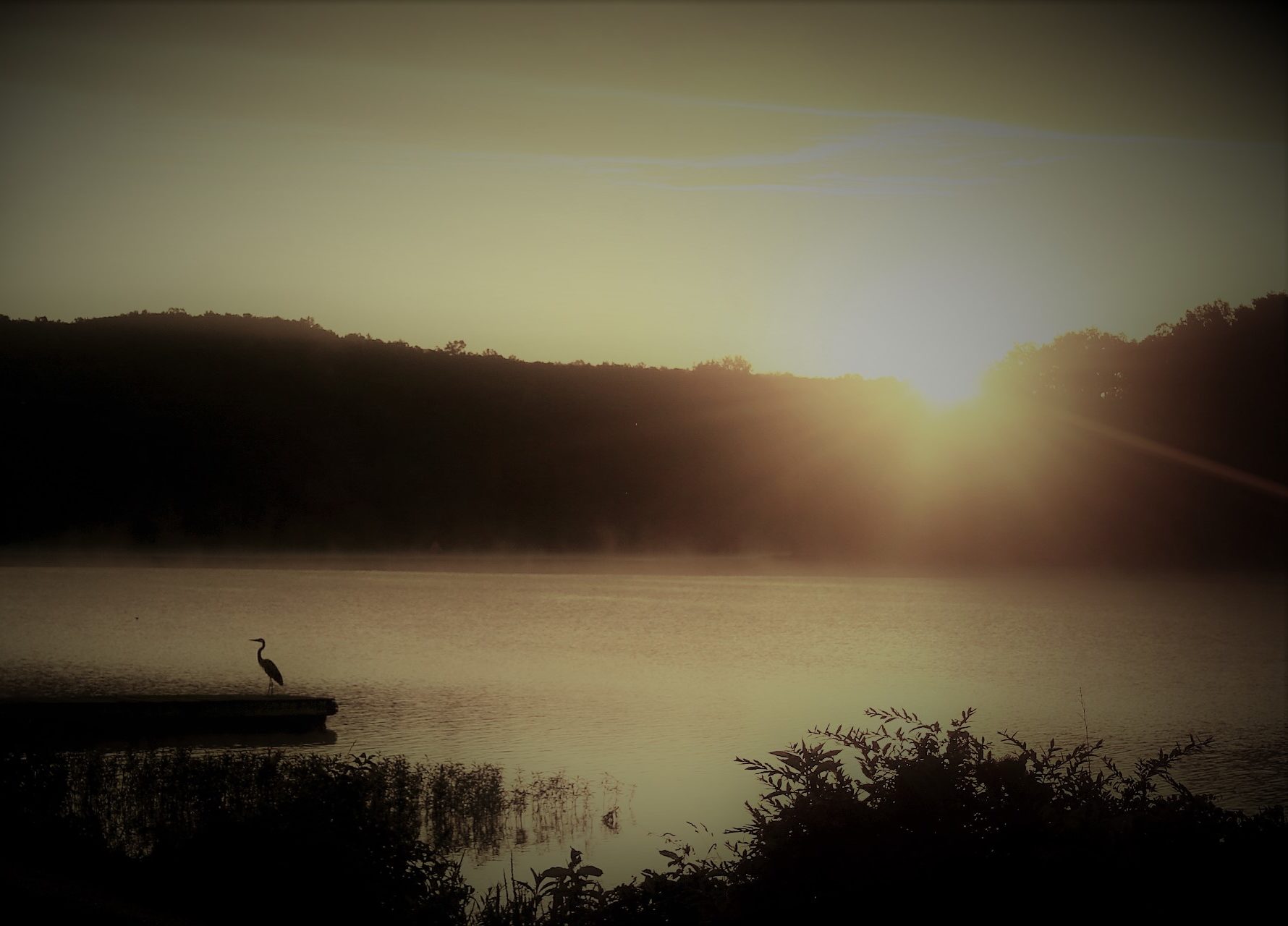 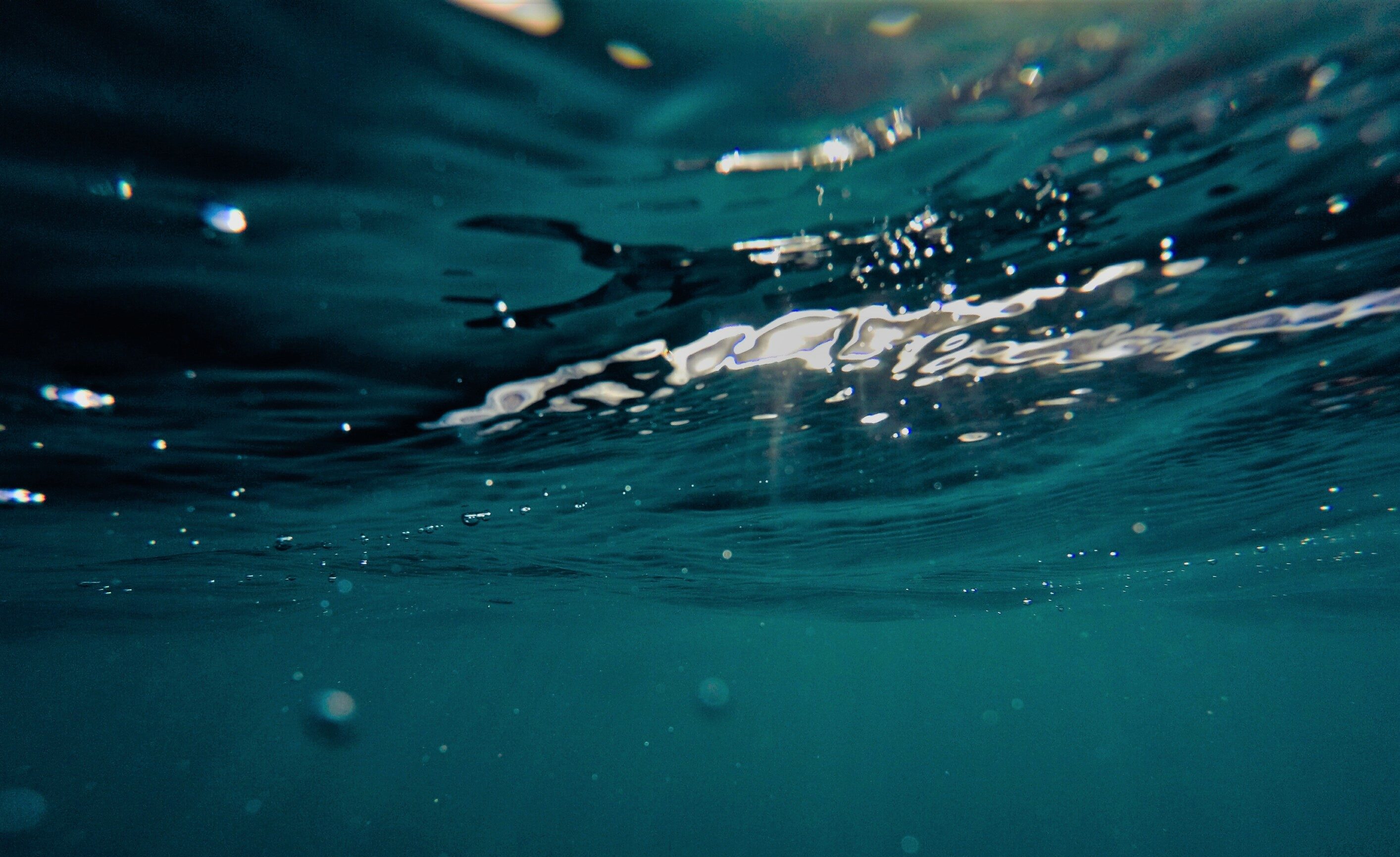 Make a Difference
volunteer
Maintaining the health of Lake of the Ozarks requires us to recognize and
address not only the current, but also the future challenges facing the Lake.
or
Water Quality
Wastewater

Make a Difference
volunteer
LOWA coordinates efforts between local governmental entities, such as
municipalities and homeowner’s associations, and county and state
government to bring sewer systems to the Lake.
or
Wastewater
Lake Safety

Make a Difference
volunteer
Safety is the first priority. LOWA developed the Designate a Captain Program
to encourage the boat captains to stay sober while piloting their vessels.
or
Lake Safety
Education 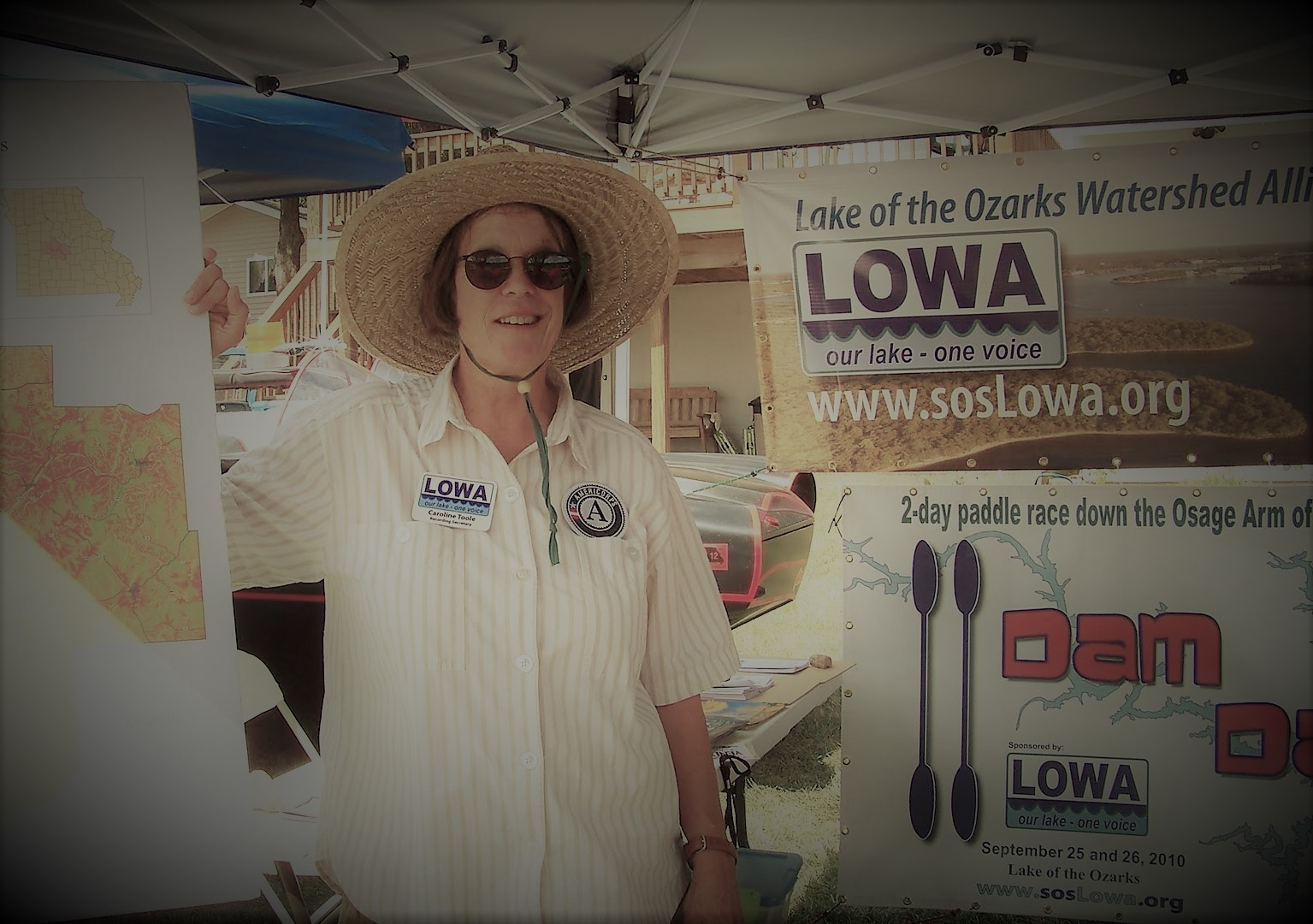 Make a Difference
volunteer
LOWA conducts numerous programs teaching property owners and schoolchildren
how vital they are in protecting this amazing area for generations to come.
or
Education
LOWA LILs 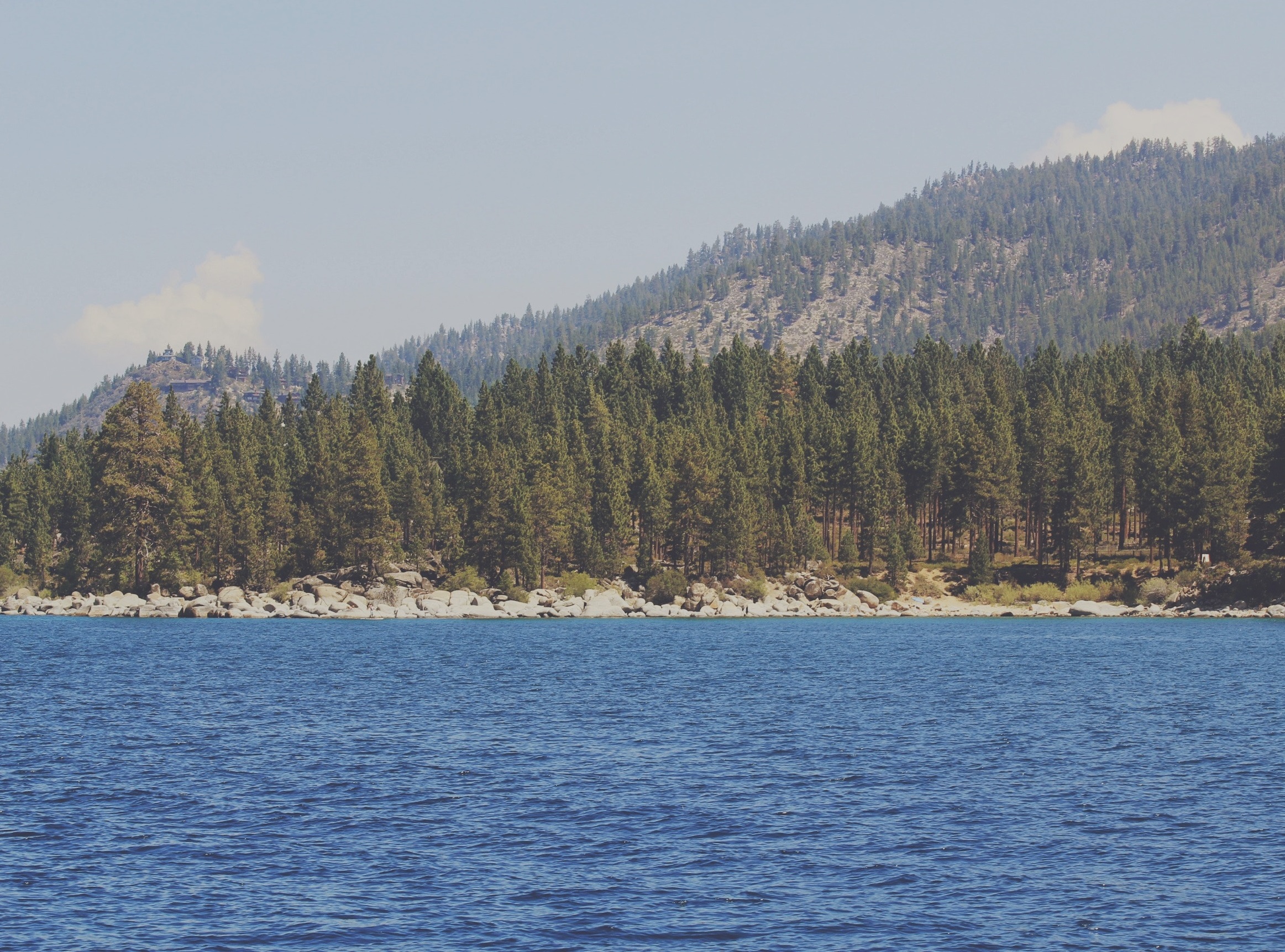 Make a Difference
volunteer
Low Impact Landscaping (LIL) minimizes the deleterious effect of water run-off into
the Lake of the Ozarks by incorporating various techniques of landscaping.
or
LOWA LILs
Recycling 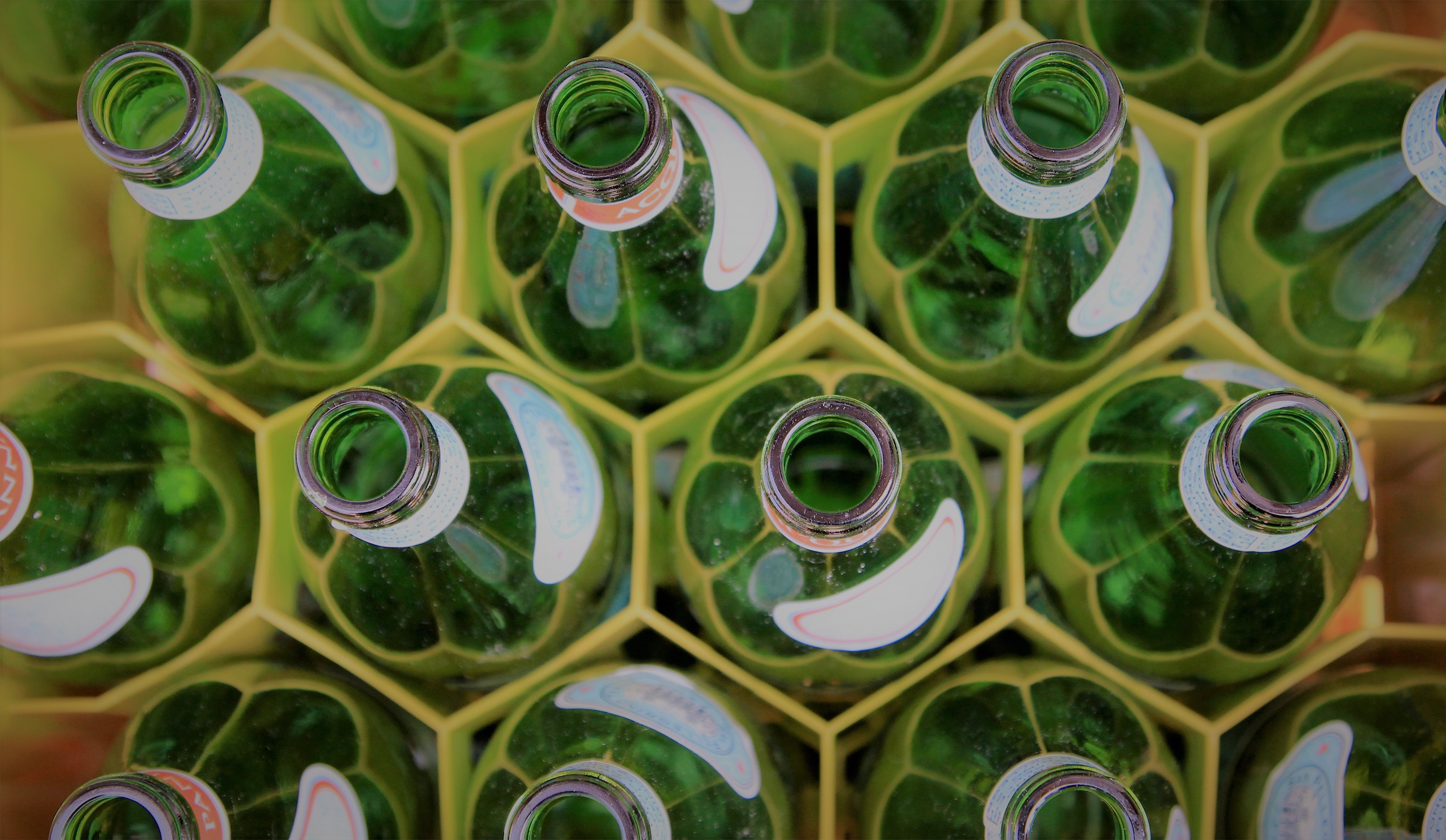 Make a Difference
volunteer
Keep the Lake of the Ozarks clean by recycling materials
such as glass, plastic bottles, and aluminum cans.
or
Recycling

Work Begins at the Lake of the Ozarks Community Bridge

Lake of the Ozarks Watershed Alliance (LOWA) announces a new project to begin Tuesday, February 4.  LOWA’s mission is to protect the water quality of Lake of the Ozarks for the benefit of residents, visitors, local businesses, and wildlife.  Missouri Department of Natural Resources (MDNR) in conjunction with the Region 7 Environmental Protection Agency have awarded LOWA a new grant which will improve water quality in the Lake.

Since the completion of the Community Bridge (toll bridge) in 1995, the shoreline on the peninsula under the bridge on the Southwest side has eroded significantly.  In some places, the shoreline has receded more than 51 feet due to continual wave action from boat traffic and wind.  This photo shows where the shoreline used to be in 1995, in 2004, and in 2012.  Approximately 3.5 feet of shoreline is lost every year.

Where did this lost shoreline go?

The second photograph shows the soil sediment entering the water, and with it an estimated 200 pounds of phosphorus every year.  That’s 3000 pounds of phosphorus over the fifteen years LOWA has been monitoring water quality throughout the Lake.  Why be concerned about phosphorus?  Phosphorus is plant food and too much can cause algae blooms.  Phosphorus also contributes to the growth of bacteria.  In addition to concerns about phosphorus, soil in the water smothers fish habitat, diminishes water quality, and interferes with the enjoyment of using the Lake for recreation.

In the next few days, the public will notice a new project beneath the bridge.  Rip Rap will be installed along the shoreline to prevent continued erosion.  After a competitive bid process, a contract for the work was awarded to One Source Services.  The project is entirely funded by the DNR grant and includes water quality assessments before and after the installation of Rip Rap.

Rip Rap is an effective means of preventing soil erosion, thereby contributing to clean, healthy lake water.  Soil erosion is the number one polluter of inland waterways in the country.  Stopping it is one way Lake of the Ozarks Watershed Alliance contributes to keeping our Lake healthy.  The Lake is an entertainment, recreation, and economic resource in this area.  It’s protection is the mission of LOWA, a not-for-profit organization. 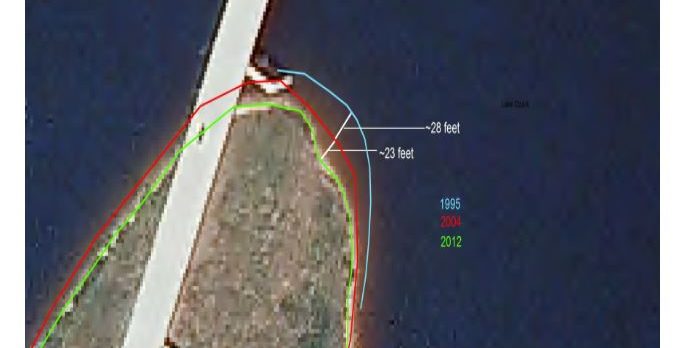 LAKE OF THE OZARKS, Mo. — More than 50 feet of shoreline has washed away near the Lake of the Ozarks Toll Bridge.

Nearly three-and-a-half feet of shoreline under bridge washes away every year.

“When it rains, the lake gets a little bit muddy looking, cloudy,” said Donna Swall of the Lake of the Ozarks Watershed Alliance. “Or, if you have wave action whether it be from a boat, the wind, weather, it’s going to erode soil away from the bank.”

That soil can cause a lot of problems in the water.

“It becomes a table for bacteria to grow, as well as the phosphorous situation for algae blooms and unhealthy water,” Swall added.

For the last seven years, LOWA has been trying to get a state grant to help stop that soil under the bridge from washing away.

This year, the group got the money.

“DNR stepped up to the plate, so we want to thank them big time,” Swall said.

“It holds 120 tons of rock on the barge, so it takes several trips from our quarry,” Rahmoeller added.

Scott Ritchie, the manager of Rock Works, says laying the rip rap around the peninsula will take a little more than a week. That’s less time than it would take to make a concrete sea wall.

“It lasts for years and years, and it’s just natural,” Ritchie said. “Later on down the road it just turns into regular rock just like the shoreline, so we’re good.”

Get Involved.
Volunteer.
Make a Difference.

Help us preserve, protect, and improve your watershed.

What can we do for you?

Take a Part Inside the Movement​

A special thanks to these LOWA sponsors 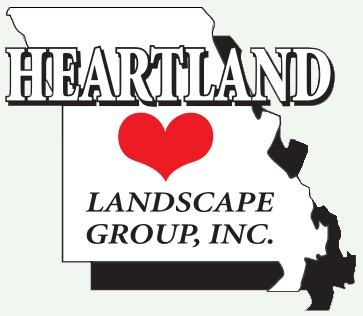 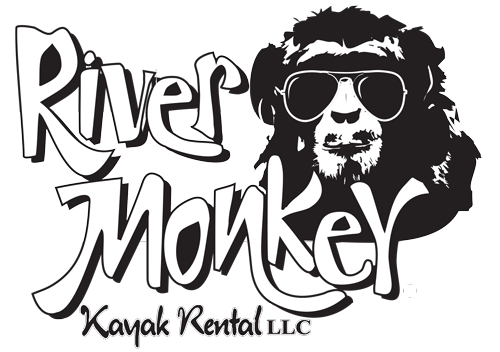 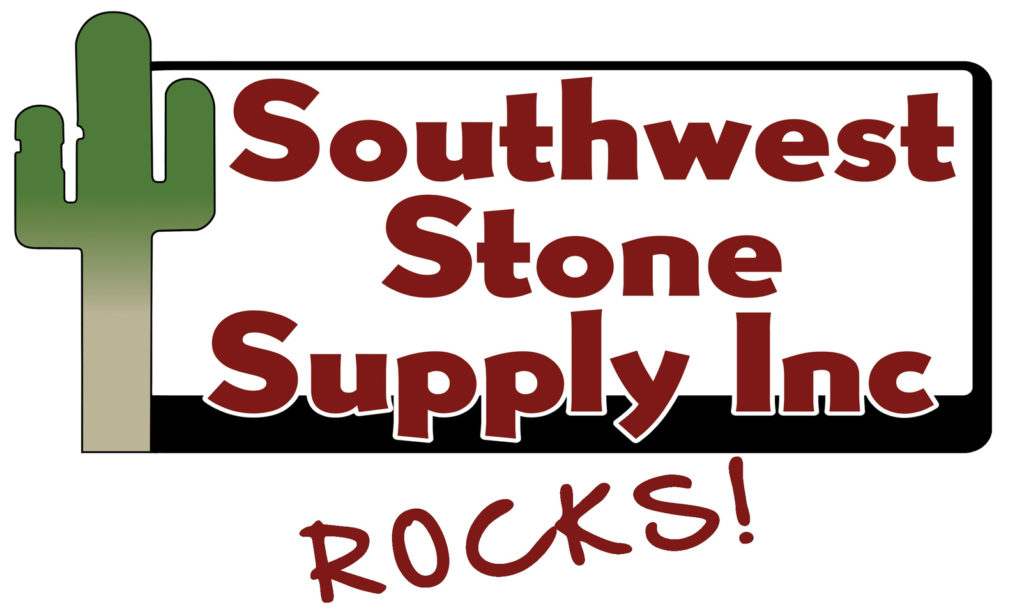 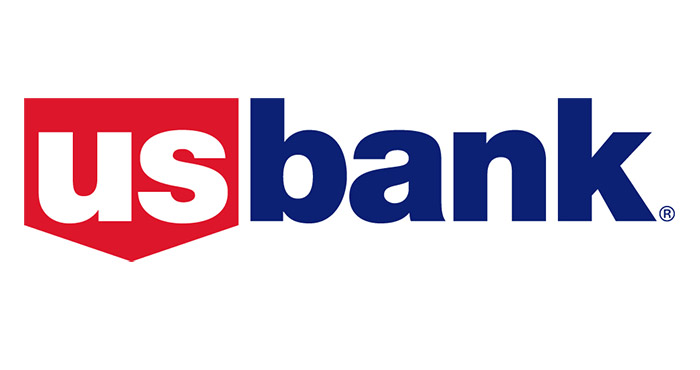 Lake of the Ozarks Watershed Alliance (LOWA) is offering Missouri native perennial wildflowers and shrubs at discounted prices through...